Skip to Content
Home / Legal / All About Final Pay, Separation Pay and Back Wages

In response to the many inquiries from my readers regarding separation pay, final pay and back wages, these three kinds of payment that an employee is entitled to receive (depending on the circumstances present), here is my attempt to explain the differences of one from the other. It appears that a lot of people mistakenly use final pay and back wages interchangeably. Others admit that they thought separation pay is the same as final pay.

Let me try to distinguish them one by one, in simple terms, for easier understanding.

When an employee is forced to resign due to legally authorized causes, the company is mandated by law to pay the employee a separation pay.

An employee can be terminated due to the company’s installation of labor-saving devices, redundancy, retrenchment, closure or cessation of business or incurable disease. These are what we call “authorized causes” under the law. Employers are given the right to terminate employees legally based on these causes provided they comply with the legal requirements, one of which is to give the terminated employee his/her separation pay.

Remember, if the cause of termination is beyond the control of an employee, meaning, it was not a voluntary decision of the employee, but initiated by the company, it can only be a valid if separation pay is rightfully given to the employee. Another important legal requirement is that there must be a written notice given to both the employee and the DOLE at least thirty (30) days prior to the effective date of termination.

In case of separation pay in lieu of reinstatement, the employee is entitled to receive the equivalent of one month pay for every year of service.

FINAL PAY or LAST PAY or BACK PAY

Final pay, also known as last pay or back pay, is the total amount of money due an employee when he becomes separated from the company. Regardless of the reason for an employee’s separation from the company, may it be resignation or termination, an employee is entitled to receive his/her final pay.

Almost all companies require the completion of clearance procedures before the final pay is released to a separated employee. Without proper clearance, the company may lawfully withhold the employee’s final pay until he/she is cleared from all his accountabilities.

If an employee was dismissed or terminated from employment without due process or for any other unlawful reason, he/she may file a case for illegal dismissal before the DOLE National Labor Relations Commission (NLRC). If the employee wins the case, and the NLRC found that he was in fact illegally terminated from employment, the decision usually carries an order to reinstate the employee to his/her former position without loss of seniority right, and payment of full back wages.

If the court awards the payment of backwages in an illegal dismissal case, the employee is entitled to receive the amount of his basic salary including the regular allowances, computed from the time he was illegally dismissed from employment up to the time of his actual reinstatement.

The Supreme Court ruled in one case that the base figure for the computation of backwages should include not only the basic salary but also the regular allowances being received, such as the emergency living allowances and the 13th month pay mandated by the law. The purpose for this is to compensate the worker for what he has lost because of his dismissal, and to set the price or penalty on the employer for illegally dismissing his employee.

There are instances wherein actual reinstatement, although awarded by the court in an illegal dismissal case, may no longer be possible. It may be due to the fact that the former position of the dismissed employee is no longer available or due to the strained relationship of the employer and the dismissed employee. In this case, separation pay may be given to the employee instead of reinstatement.

Stay tuned for my next blog post! Thank you and stay safe!

This is Attorney Mommy, at your service! 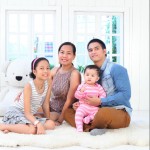 Hello! I am Camille, a.k.a Attorney Mommy. I am a happy wife, a proud mom, and a full time attorney. I feel blessed that I am able to take care of my family while I practice my profession. I see to it that I enjoy and have fun in whatever I do. This blog keeps me sane, alive and excited for greater things ahead. Thank you for taking the time to read my posts!

All About Floating Status of Employees

Top Ten Things I Learned After I Became a Lawyer